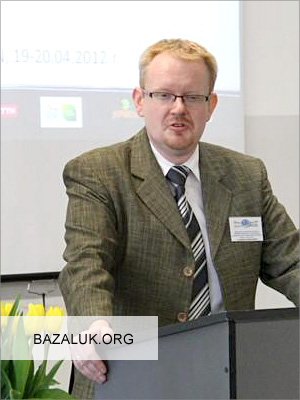 Marcin Paweł Orzechowski (born on April, 16, 1976 at city of Częstochowa, Poland), DSc (Doctor of Science) – Doctor of social sciences in the field of political science. Author more than 40 articles and three author’s monograph.

19.03.2009 - laureate of the "Mentor of the Faculty of Humanities of the University of Szczecin" awarded by the University Council of Student Self-government. 09.12.2011 - winner of the "Road to Seven" competition organized by the Regional Contact Point for EU Research Programs, West Pomeranian University of Technology in Szczecin. An IRSES project application form: "The sociopolitical dualism of Ukraine as the barrier of the modernization – among the Eastern European identity and Europeization"

2020 - By decision of the Scientific Council of the Institute of Political and Security Sciences, I received the degree of habilitated doctor of social sciences in the field of political sciences

2005 – Defense of a PhD thesis “Political strategies of Russian Federation towards the countries of the Eastern Europe region" in Department of Political Science, University of Maria Curie-Sklodowska, Lublin (Poland)