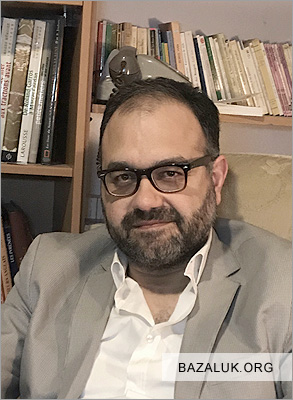 Logic and Computing, Philosophy of Computing.

Other Research Interests and Background

He has been teaching graduate and undergraduate Mathematics and Computer Science courses for more than seventeen years at various universities. These universities include the University of Montreal, the Holly-Spirit University of Kaslik, the Sagesse University of Beirut where he acted for 5 years as chairperson of the Management Information Systemsdepartment and founded BA and MA programs in MIS- some with co-degrees with the university of Bordeaux-France, and the Beirut-based and French-affiliatedCentre National des Arts et Métiers (CNAM). Courses taught go from Programming languages, to Discrete and combinatorial Mathematics to Operations Research, Artificial Intelligence, Automata Theory, Algorithmics, and Theory of Computation.

M. Awwad currently lectures Mathematics and Information Science at the American University of Beirut. His main research interests revolve around studying the influences of logic on computer science, and in investigating the links between Logic, computational processes, and human minds, including the limits and the meanings that condition these notions.